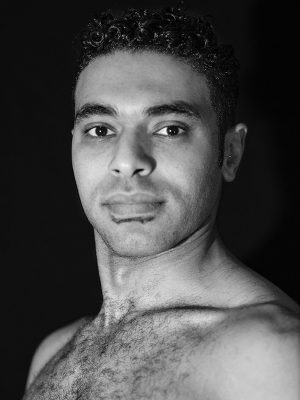 Mr. Mohamed is a native of Egypt and has danced across the world, including France, Spain, Italy, Belgium, Mexico, Germany and the U.S.  From 2004 to 2013, he performed as a dance soloist and principal dancer with the Cairo Opera ballet in Egypt.  Mr. Mohamed also worked as choreographer with Theatre du Vieux Moulin in Meythet, France from 2009 to 2011. Mr. Mohamed was awarded first place in the Egyptian National Ballet Competition in 2010 from the Egyptian Ministry of Culture. In 2013, he moved to Northern Virginia and was a principal dancer with Gainesville Ballet, Charlottesville Ballet, and The Dance Company in Fairfax.  Mr. Mohamed joined MBT in 2015.

The Legend of Sleepy Hollow

Honor our Heroes and Support MBT!