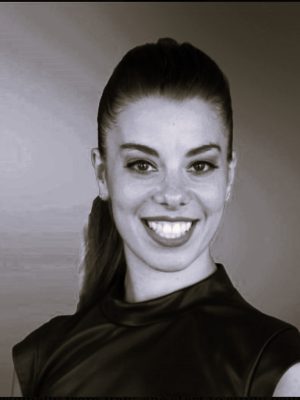 Originally from Italy, Ms. De Nardi began the study of ballet at the age of six at Academy Teatro alla Scala di Milano in Milan, Italy. She graduated from the Ukrainian Academy of Ballet of Kyiv in 2012. In June 2005, Ms. De Nardi received a scholarship for the Royal Ballet School in London, and in 2010, participated at the International competition of Opera Kyiv in Ukraine. In 2011, she toured Europe with the Royal Czech Ballet Company performing as a soloist in Giselle. After graduation, Ms. De Nardi toured Europe with the Macedonian Opera and Ballet as a soloist in Skopje. In 2015, she joined the Cairo Opera House as a First Soloist and participated at the Domenico Modugno competition at the Petruzzelli Theater in Italy where she placed in the top five. She became co-proprietor and Artistic Director of Columbia Youth Ballet in Maryland in 2019 and a coach for YAGP in 2020 and 2022 winning 2nd place. Ms. De Nardi joined the Manassas Ballet Theatre in 2018.