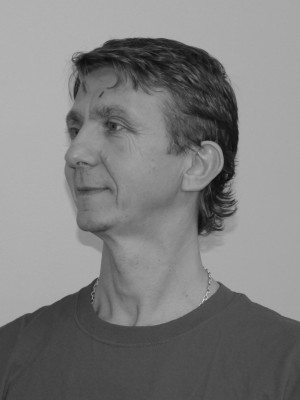 A native of Minsk, Belarus, Mr. Sapotko trained at the Belarus National Choreographic Academy. Among his teachers was Alexander Kolidenko, who was a student of the great ballet master, Alexander Pushkin. Mr. Sapotko’s professional dancing career began during his last year in college. He was invited to join the National Academic Bolshoi Theatre of the Opera and Ballet of Belarus, where he worked with the brilliant choreographer Valentin Yelizariev.  In 1989, Mr Sapotko joined the Moscow Festival Ballet and a year later the Bolshoi Theaater Grigirovich Ballet, where he worked with world-known choreographers and dancers such as Yuri Grigirovich, Leonid Lavrovsky, and Yuri Vladimirov.  In 1995, Mr. Sapotko came to the United States where he danced with Sacramento Ballet, Washington Ballet and the Milwaukee Ballet.  Mr. Sapotko was hired as the first full time, professioal ballet dancer at Manassas Ballet Theatre, where he currently serves as a ballet master. He also teaches at The Dance Academy of Loudoun.  Mr Sapotko joined MBT in 2001.

Tickets selling quickly for May