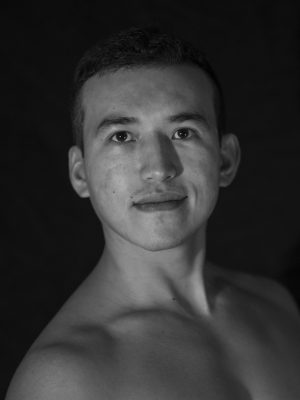 Mr. Amrayev was born in Almaty, Kazakhstan, and received his ballet training from A. Seleznev Choreographic School of Almaty from 1996 until 2004. After graduating with honors from the school, he was a principal dancer with the National Opera and Ballet House in Almaty from 2004 until 2013, where he danced in many productions including Swan Lake, Sleeping Beauty, Badhchisarai Fountain, Taras Bulba, and Legend of Love. Mr. Amrayev then danced in the Russian National Ballet of Sergey and Elena Radchenko from 2013 until 2014. Currently, he is working as an impresario and organizer with the Alan Bars Group, the largest production company in Kazakhstan. The company hosts the most significant and important concerts and ballet festivals inside the country as well as the international arena. Mr. Amrayev joined Manassas Ballet Theatre in 2014.